After 911, we were overwhelmed by the heroic acts of people from the FDNY, NYPD, the Flight 93 passengers, and our fighting military forces. To see a brief video about that day: http://www.history.com/topics/flight-93

In the bible, John 15:13 says “Greater love hath no man than this, that a man lay down his life for his friends.” This is what these people did on September 11, 2001, and it is what our military does for us every single day!

The love for fellow man was on display that day, and we were deeply moved by these acts of heroism and felt an inner desire to try to make a difference in other people’s lives somehow. In 2002, we started a company called 4Heros, making customized, anodized metal base and ceremonial American Flags for several military organizations including the Military Order of the Purple Heart and the Elk’s National Veteran’s Service Commission.

After working with these and several other organizations, we were asked to begin supplying customized Military challenge coins and lapel pins. Since that time, we have worked with many veterans organizations including:

Many times our products are used in fundraising programs, so we realize the better we are at what we do, the more we will be able to help fundraising efforts. This is a big motivator for everyone in our company and we will do our best to assist you in your fundraising efforts any way we can!

We have also taken the expertise that we have developed in the military markets for superior product quality, design and fundraising and brought them to athletic markets in 4HerosAthletics. 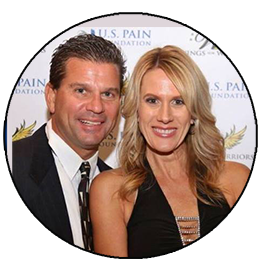